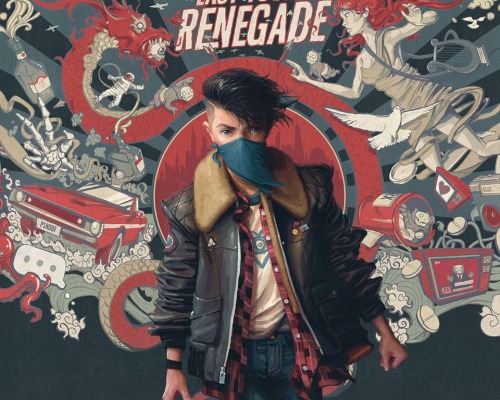 After a few single releases throughout these past couple of months and the increasing hype surrounding the pop punk band, All Time Low have finally released their seventh studio record today through Fueled by Ramen. Last Young Renegade is 36 minutes of jams mixed with mellow vibes. And it’s worth listening to.

With only 10 songs to prove themselves, the band confidently stands their ground. The songs are a bit more poppy than previous works, especially songs like “Ground Control” that features Tegan and Sara. Some songs are quite synthesized, which is not their usual style, and the guitars tend to take a back seat in the mix. Fans have compared this record to the works on Dirty Work.

However, their singles “Dirty Laundry”, “Last Young Renegade”, “Life of the Party”, and “Nice2KnoU” were definitely the best ones on the record. “Dirty Laundry” was the first single released and is soft and toned down for the majority of the song till it blasts through in the last chorus. Its sound rips through your headphones, giving it an empowering feeling. “Last Young Renegade” is a straight anthem that I can see being blasted in everyone’s cars with the windows down. It is one of the couple of songs that actually pack a punch.

The record ends with “Afterglow,” that has a more electric pop sound which is an interesting choice. While it may be a good song alone, it seems distant and too different from the rest of the songs. Personally, I wouldn’t choose this song to end a pop punk album.

Despite this, All Time Low have taken a certain beat and made it their own. They add in impactful lyrics that always have deeper meanings that what can be seen at the surface. Their songs clearly have been spent a lot of time on them. They don’t seem like they were rushed to complete an album. Each has a specific purpose and stands its ground on this record. They have passion and a fire behind them. Whether it’s a softer/slower song like “Nightmares” or “Dirty Laundry”, the power that is fueled in these songs burst through.

Overall, I really enjoyed Last Young Renegade. I love the artwork and the idea behind the record. I believe that despite their pop-leaning sound, they have created a great record that lyrically stays true to who they are as a band.

Let me know what you think in the comments below!